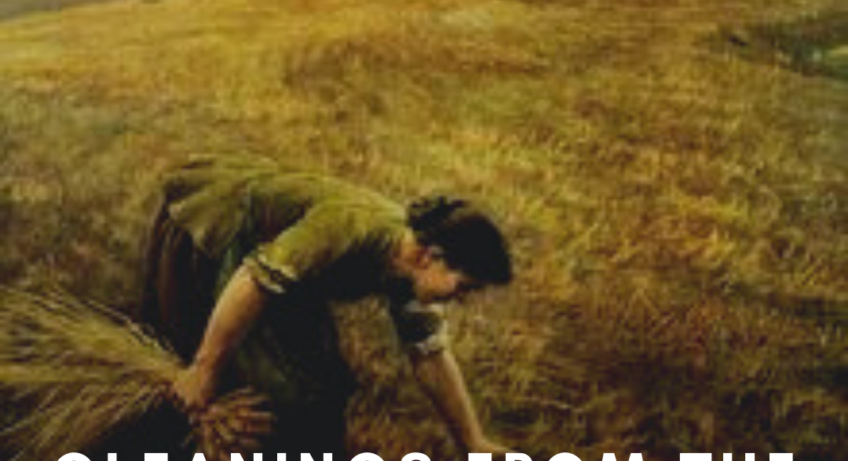 GLEANINGS FROM THE LIFE OF RUTH

[A PUBLICATION OF THE B.U.D. FAMILY INTERNATIONAL]

Have you ever decided to find out the hidden virtues of this great woman called RUTH that set her apart from other women and ladies in the Bible and made her distinctively unique amidst her fellows? Or why most parents decide to name their children after this great MODEL?

Did I hear a YES or NO or PROBABLY?

Whatever your answer is, I would like to share two points I gained from my book review and I really do hope we all can gain from it, apply it to our lives and become better vessels.

✔ DON’T ALLOW OTHER PEOPLE’S CHOICES TO INFLUENCE YOURS

Do not yield to pressure from peers, parents and environment. Most times, we allow people’s choices to be the bedrock and foundation of our choices. Most people don’t have a mind of their own.

See, Orpah went back after much persuasion from Naomi. Her mind was easily changed because she allowed her decision to be influenced by pleas and she was short-sighted about the future but my dear Ruth remained resolute because she knew her future was at stake if she goes back to her past idolatrous religion.

THINK: How many times have your friend’s decision not influenced you??

They wanna go to places where they know you would not go but they manage to convince you and you go (promising yourself that that will be the last). Your friends already know that if they can put a little pressure on you, then you will yield! Ha! Disaster.

But when they know no amount of sweet talk or persuasion can change your “good” decision, it is gonna be a big plus for you. Just make sure whatever choice, it is a wise choice.

Go through an unknown path and create a path for others to go through. Ruth was not the first Moab to marry an Israelite but record shows that she was the one who became the great-grandmother to Jesus Christ.

Don’t be scared when you walk a path alone when other people think that your ideas are crazy and they desert you when you still decide to walk on your ideas. Let your footprints be seen in the sand of time. Make a mark in history. Do not desire to be celebrated posthumously alone. Be celebrated in your lifetime as well as after death both here and eternity.

Like Loading...
Tags: BIBLE STUDY, Gleanings from the life of Ruth, the babes of unique dynamite family, The BUD Family, the BUD Family anniversary