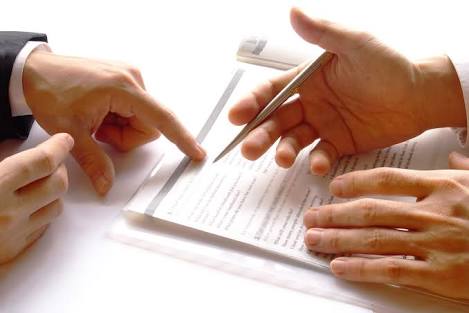 I found something online today and fortunately, it was written by one of us- Chinazo Ike. I felt it would be good to have it here. I want us to be blessed as I send it in. Amen.

*NEGOTIATIONS…..*
As Samuel stared at his laptop screen, he saw a pop up message with a picture of a semi clad girl, which said “If you want to see my hot body, just click”….
.
‘Come on, just one click won’t do you any harm!’ A false voice spoke in his mind
.
‘No, beloved, one click will open up a curiosity to see more. Don’t start what you cannot finish’ The Holy Spirit whispered
.
Don’t you want to see more? Her luscious lips beckon for your attention. After all you are not physically having sex with her’ the false Spirit spoke on
.
‘Beloved, remember the hymn… Yield not to temptation, for yielding is sin’ The Holy Spirit encouraged
.
‘Ah! Be a man! Enjoy the view. It’s been 6 months since you last watched porn, even the Holy one knows you have tried. After all, you can still ask HIM for forgiveness the False Spirit gingered on
.
‘Son, shall you continue in sin that grace may abound? The Lord has been merciful unto you; do not take his grace for granted.
.
*Remember 1Samuel 2:30 says ‘Far be it from me! Those who honour me i will honour, but those who despise me will be lightly esteemed,* The Holy Spirit stated
*‘Blah, blah, blah, just release yourself, watching it is not as bad as actually sleeping with a strange woman’* The false spirit muttered
.
All of these went through Samuel’s mind. He had woken up at around 3:00am with a strange sensation.
Quieting the feeling, he decided to take advantage of the availability of electricity that early morning to do some work online. Only to see this seductive picture.
.
As a prayer co-ordinator in his fellowship, he knew the implications of what would happen if he clicked on that semi-nude picture. He knew how once he climaxed, he felt spiritually empty after watching such provocative pictures or videos.
He remembered how with much tears he had begged God six months ago to give him grace to overcome porn.
He had been doing so faithfully, but today, a strange urge was upon him to throw all caution to the wind and watch it just once.
.
‘Hmmmm, this lady looks so tempting…. Holy Spirit, please help me… Anytime I give in to porn, a blessing eludes me” Samuel said to himself
.
‘No! I won’t exchange my walk with God for the pleasures of a strange woman. This urge must pass over me today o. Porn will not be my succour, No Way!” Samuel declared.
.
As he looked at his clock, it was 4:00 am. He switched off his laptop and did the first thing that came to his mind…….. Samuel began to speak in tongues….
.
[EARLIER That Night SATAN AND HIS COHORTS WERE MEETING….12:00am (Midnight))

SULTRY: Pay attention dear team mates. That idiot Samuel thinks he can run away from our claws just like that. It cannot be, it MUST not be!

Sexy: See the fool binding and casting in the name of that Holy One. He has forgotten how he used to watch my daughters with his phone as they drove men wild with their curves’

DRAINER: I am the angriest of you all. For every time he climaxed while watching Sexy’s daughters on screen. I had the opportunity to get strength through his sperm in the Spirit realm.

Now my reservoir is getting dry, you know he has a strong spiritual prowess and because he patronises us, i had opportunity to sap his spiritual strength. It’s been six months of torture for me sisters, six months of not having any access to him!

SEDUCER: What is the way forward? You know me, am ever ready to work and try out something new to hold down all those stubborn christian brothers.

Sexy: send the curviest and sexiest of our girls this time. Weaken his defenses. Negotiate with Him, let him see reasons to watch it just ONE more time.

That way, we will put him to public shame as people come to sympathise with him and see the naked girls a whole “Christian” was watching….. For when the hedge is broken, the serpent will surely bite!

Dear Lord, i trust in your power to save and i am choosing to put you first.

You are able to deliver to the uttermost. Your word says in 2Corinthians 10:4,5, the weapons of our warfare are not carnal, but they are mighty in God for pulling down strongholds. Casting down imaginations and every high thing that exalts itself above the knowledge of God, bringing every thought into captivity to the obedience of Christ.

I cast down every ungodly thought, sensation, desire, feeling or urge in the name of Jesus. I refuse to be a dog that goes back to its vomit. I have the mind of Christ, therefore no foul Spirit will overcome me in the Mighty Name of Jesus!………

[The evil ones never had the privilege to make him blind, because he chose NOT to listen to the lies of the devil]

GLEANINGS
Day by day, Satan keeps on negotiating with believers to choose evil over good. Choose to stand for Christ and continue in Him till U see His face…

Psalm 37:37~Mark the Blameless Man, Observe the upright. For the future of that man is Peace….

May God help us to remain Overcomers in Jesus’ Name, Amen….

Inspired by the Holy Spirit

One is this…. Whatever we do in the physical realm has a significance in the spiritual world. 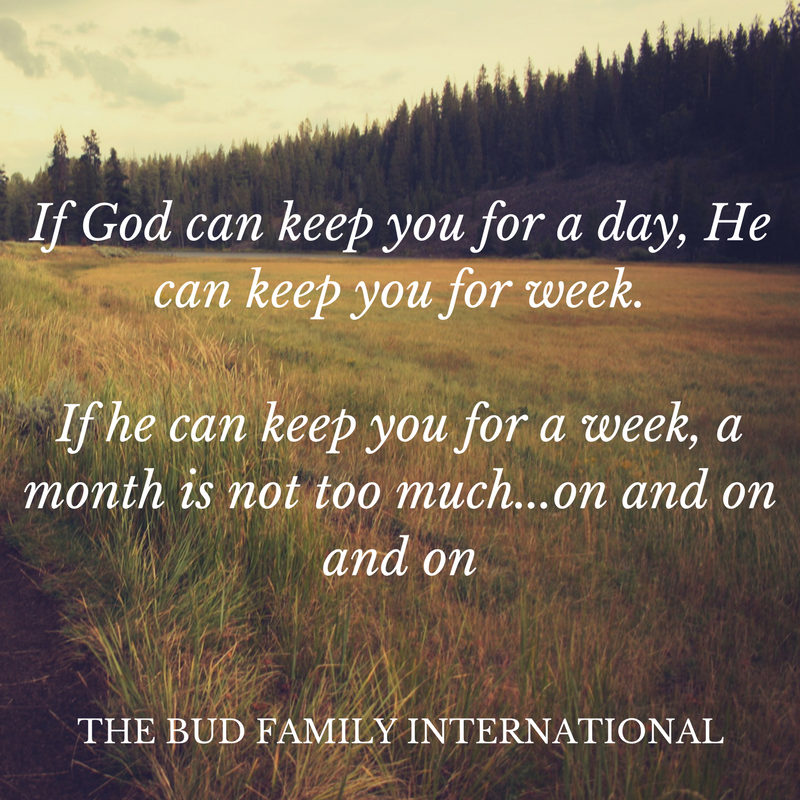 Three… Angels never rest. They sing glory to God day and night without resting.
Satan is a fallen angel… HE CAN’T REST! 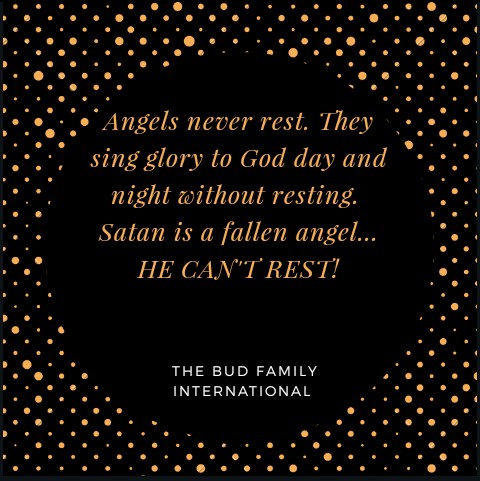 Four, keep on the firing line!  How hot we are will determine if flies and lizards will perch on us or not. 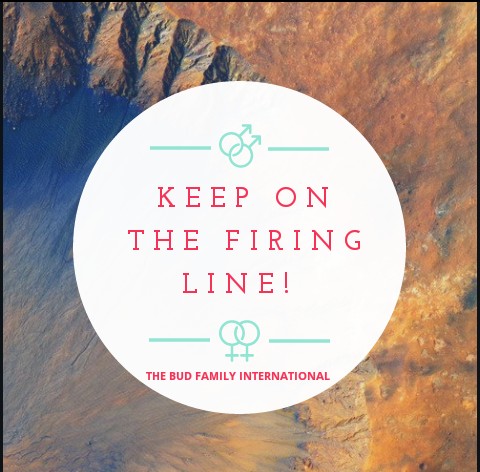 Continue in the strength of God… Stop taking your prayer and devotion with levity….

Those are the fuel for any Christian!

Keep on the firing line my sisters!

Hmmm….active reliance…. Many Christians we have today have passive reliance and they claim God’s grace.

We are to be active even as we depend on God. We are close to Him at all times, we love Him, we want to hear Him speak, we want to speak to Him, that is how the grace rubs off on us daily. We don’t stay far away from God, insult, abuse, go near sin and claim grace!

I wrote a story once that the Holy Spirit rounded off for me with ‘Flee first, explain later’ 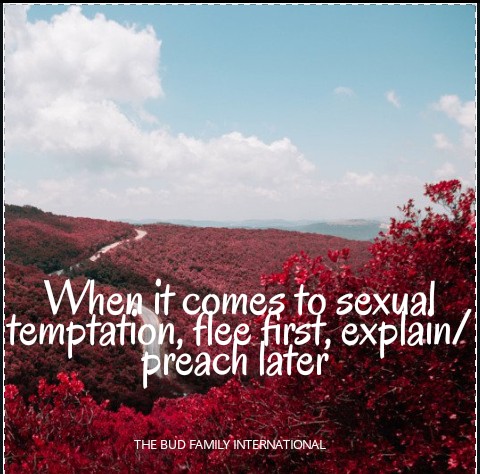 We can’t continue to bargain and negotiate with the devil. He is far older and cunning. He has been alive for over 6000 years now. He wouldn’t back off that easily.

If the Almighty could just give him that slim chance, what about we growing Christians… After speaking a sentence sef, are we not supposed to jump off in the Word of God and pray in the Spirit when he starts speaking to us??

Yes my dear. The altar must be on fire for God.
…
This generation is growing cold. Many things have come to take the place of God in the end time… It is too late to turn back now… The end is here!

Imagine you trying to get a thing from a child…she would struggle and fight and bite you. When the shout becomes too much in your ears, you will leave her so she doesn’t wake the whole neighborhood.

Give her time to start dozing…. Try to collect it. Her grip is still tight… She opens are eyes and start to fight you again… She is becoming weak tho.

Twenty minutes into the sleep, try to collect it from her… It would be as easy as anything.

*Sister, what stage are you now?*

Are you fully awake, fighting and biting and crying?

Have you started dozing and your grip is still tight on the thing?

Are you outrightly sleeping darling Christian???????

On which scale are you?…search yourself

I really wonder why the major sins Christian youths engage in now are sexual sins!!!’

This is the jet age…everything now is done online.

The devil being a creative being introduces the trend and moves with it.

Every youth is on social media, he moves there.

If this generation is already reeking in sexual perversion, I weep for the next generation coming. 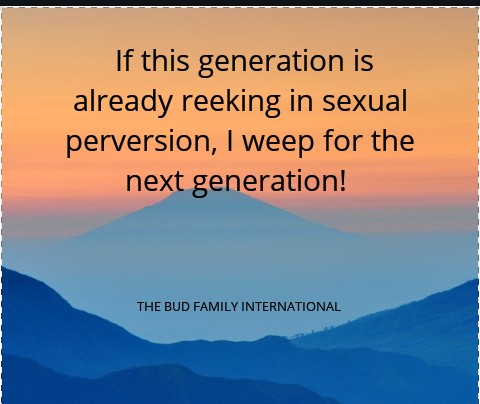 May God have mercy.

Like Loading...
Tags: De-Raconteur, gospel message, how to abstain from sexual sins, how to overcome temptation, Negotiation, Nigerian Christian stories